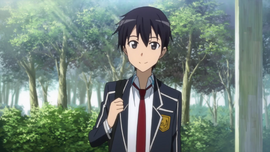 Samuel "Sam"  Torres- The powergamer of the group. Seriously. If he spent as much time studying as he does on characters, he would be really, really smart. And kinda boring. And passing English.  His speech baloons are black and white. His main character is Kirito.

Elizabeth "Ellie"  Griffon- A normal person. Usually. Unless she's mad. Then run like hell. Ellie's normal text is black and pink, and her angry text is black and purple. She is the group's 2nd and current GM, and her main character (NPC?) is Asuna. 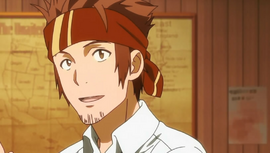 Terrence "Terry" Chapman- A normal person. Actually this time. Terry has a bad habit of changing characters all the time. Terry is one of those rare people that will do stupid things on purpose in D&D just 'cause it's fun. Well, usually on purpose. Terry's text is red and black. His main characters are Klein and Agil. 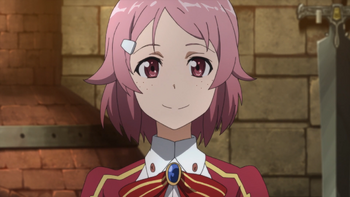 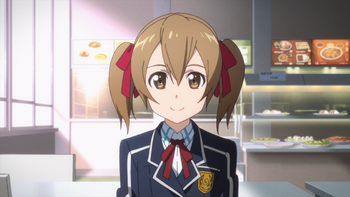 Abigail "Abby" Griffon-Thorne - Abby is Ellie's neice and the nerdiest nerd of nerdom. Her text is orange and black and her main character is Scilica.